Previous Next
The 3 Stages of Unbound

In their book, Tribal Leadership, Dave Logan, John King, and Halee Fischer-Wright make the claim that there are 5 levels to what they call “Tribal Culture” and that there are advantages to moving up them.

For Unbounders, there are 3 levels and it’s way better to find yourself in level 3 than level 1. Here’s why.

We’ve all been there. For whatever reason, you’ve found yourself in this thing called Unbound. Maybe you chose it, maybe your parents did. Either way, you’re here, you’re working and earning credit, and you’re wondering if there’s more to college than this.

All your friends have gone off to college, leaving you feeling relatively alone in your hometown. Sure, you’re saving money and able to work at your own pace, but you can’t help but wonder what you’re missing out on and whether or not you made the right choice. What’s college without friends anyway, right?

But you steel yourself against such thoughts. You don’t need friends. Because of Unbound you can get a job, which means you’ll work even harder. Yes. Hard work. That’s your friend for these college years. You don’t need anyone else.

But then a single event shatters your entire philosophy. This stoic, friendless, loner mentality that you’ve worked so hard to curate has lost its appeal. You meet another Unbounder.

Now that you’ve met someone so much like you, there’s no going back. You can’t simply ignore the fact that there’s another hard-working, intentional, high-calibre college student out there in the world, struggling through the same struggles as you, facing the same challenges as you, referencing the same movies as you, and, yes, doing college in the same confusing, hard-to-explain, way as you.

You might have only chatted for a few moments in a coffee shop, drawn to one another by that grey and green t-shirt we all own and wear proudly. College shouldn’t be a debt sentence. But neither should it be solitary confinement. This person gets you.

So you keep in touch. Soon, however, that person invites you to join the online community of Unbounders. You never knew there was such a thing. You join and your world is changed forever. You’re not alone, you discover. There are others just like you – an invisible world of students who are reimagining college – and they’re actually pretty cool.

Very cool, in fact. Perhaps too cool. Now you’re self-conscious. What if they don’t think you’re cool. What if they reject you and cast you back into the lonely world of student loans and brick-and-mortar classrooms? You decide you better play it cool. Don’t get too excited about this community. Don’t sign up for every event they’re putting on. That would make you look over-eager or worse: desperate. And that’s very uncool.

So you play it safe, staying on the fringe of the community, interacting with a few other students online, but resisting the urge to meet up with any of them at an event. You allow the others to get to know you, but only the best parts of you. They don’t truly know you… until…

You’re not sure what came over you. Maybe it was that friendly student life lady who kept bugging you about signing up. Maybe it was that student from the coffee shop telling you you really had to come to APEX. Maybe it was that longing deep within you to fully embrace this strange and beautiful community. Whatever it was, you’ve signed up for APEX.

Before you know it, you’re on a bus full of people who are just like you. They’re laughing, chatting about DSST’s and personality tests, and seeming to accept you into their group unconditionally. Could it be this easy?

Your bus comes to a halt and you can’t believe the drive is already over. It feels like you just left. You step off the bus and are immediately surrounded by more smiling faces. Thus begins one of the most life-changing experiences you’ll ever have.

The week will fly by. Every day will hold so many memories for you. You’ll make more friends than you knew were possible. You’ll leave wishing you could fly all over the country to visit them. You’ll wonder how you ever did it before you met these amazing people.

Now, you’ll jump on any Empower Call you can, you’ll be the first to sign up for your local Engage Events, and you’ll start saving up for the annual Unbound missions trip to Ecuador. You’ve never felt so connected, so accepted, so free. You’ve never felt more Unbound. 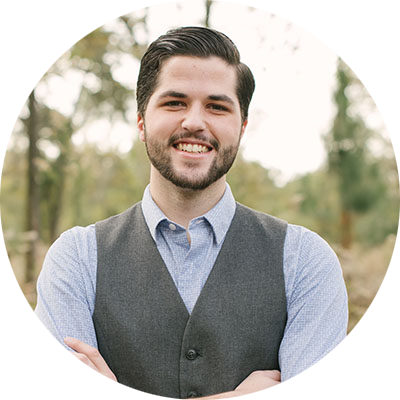 Whether through his in-process novels or blog, Conner is passionate about inspiring others to take courageous action. He is a 2017 Unbound Alumnus and earned his BSBA in Economics from Liberty University.